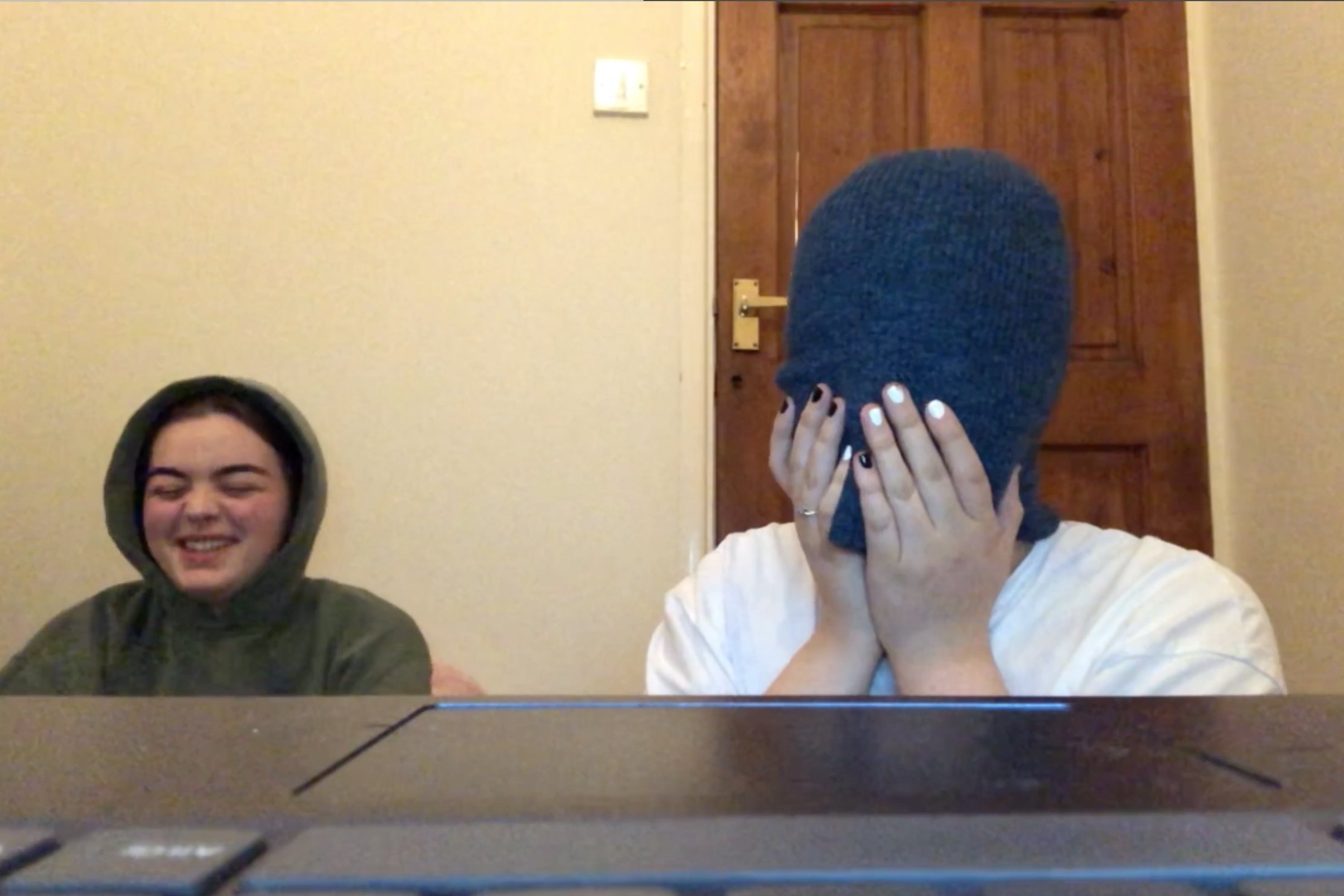 “Due to the current circumstances involving the coronavirus, the world was put on lockdown which evidently means I can no longer continue with my original FMP idea. However I was able to change the idea slightly by making it about the current pandemic, I decided to stick to a documentary type film but instead make it about me and my family coping one day at a time. I included the hard times and good times and decided to make it a series, starting with myself and my sister coming together in a very difficult time for us both and making it better for us both. As I struggled with many things during the pandemic personally it was harder to keep to a schedule and even harder trying to teach myself how to edit and with limited resources. I was able to make the first episode in the series and took influence from Richard Billingham and his work in photography, taking candid pictures of his family. I centred my work around myself and my family as this is the time where it was more likely we would become closer and sped more time together, to appreciate each other more. I am a huge admirer of Asif Kapadia, he is a documentary maker widely known for his work in Amy and Senna, his two most famous documentaries. I loved watching reality tv growing up, those including big brother and celebrity big brother, the directorial work is brilliantly done by marc butler, who has also been involved with more reality tv I have enjoyed such as; The Greatest Dancer and Strictly Come Dancing.

Most reality tv is hyper reality, it’s hard to know what is real and what isn’t nowadays which Is why I wanted to make something real and try and capture the real moments and real life situations going on right now. There have been many documentaries made recently by media celebrities and new directors and documentarians which have made me see the impact documentaries now have on people, especially when being created by people like; Shane Dawson and Jeffrey Star, the big audiences bring so many new age groups and interest more and more people into seeing what the docu-series is all about. The impact they have is what I want to try and bring to the table with my docu-series. Although I wasn’t able to finish my docu-series how I wanted and wasn’t able to get the other episodes edited I am happy with how the first episode came together and I am proud of it. Not having the right materials and the right work spaces made it much harder and directly impacted my work to the point I needed to change the idea however I was able to produce something I was proud of in the end of it. If I could change anything I would try and give myself more time to edit and try and focus my attention on the editing earlier on in the process.”

This website uses cookies to improve your experience while you navigate through the website. Out of these cookies, the cookies that are categorized as necessary are stored on your browser as they are essential for the working of basic functionalities of the website. We also use third-party cookies that help us analyze and understand how you use this website. These cookies will be stored in your browser only with your consent. You also have the option to opt-out of these cookies. But opting out of some of these cookies may have an effect on your browsing experience.
Necessary Always Enabled
Necessary cookies are absolutely essential for the website to function properly. This category only includes cookies that ensures basic functionalities and security features of the website. These cookies do not store any personal information.
Non-necessary
Any cookies that may not be particularly necessary for the website to function and is used specifically to collect user personal data via analytics, ads, other embedded contents are termed as non-necessary cookies. It is mandatory to procure user consent prior to running these cookies on your website.
SAVE & ACCEPT